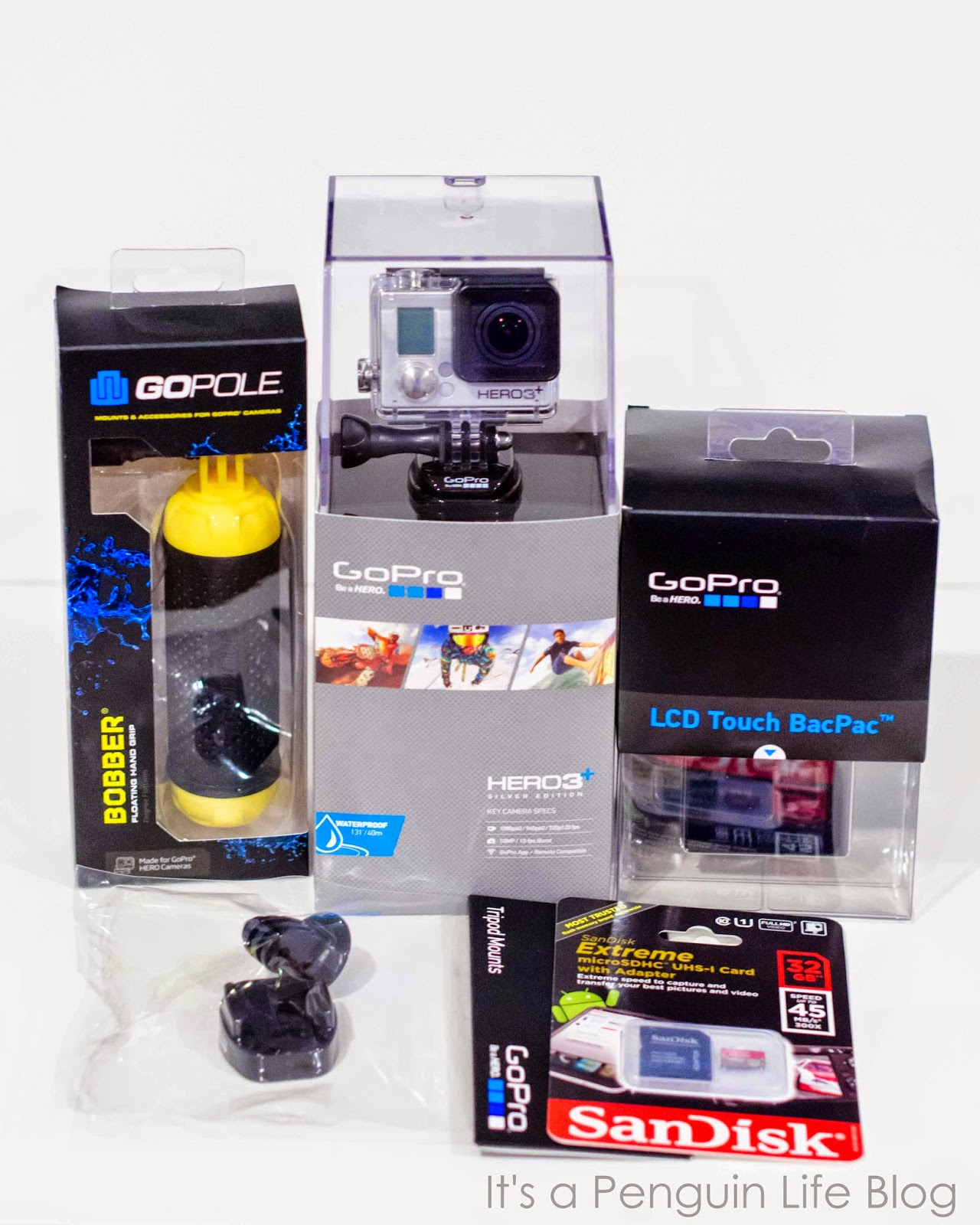 I got new toys for our upcoming Caribbean cruise! It was an investment that I thought about thoroughly. I could have rented from Lumoid or BorrowLenses, but with a tentatively planned trip to Australia and New Zealand (2015!), it made more sense to just purchase. Maybe I can rent it out to friends =)


GoPro HERO3+ Silver Edition
GoPro LCD Touch BacPac
Sandisk Extreme 32GB microSDHC
- as recommended by GoPro; I may try to use it in my dSLR later.
GoPro Tripod Mount Kit
- will be using this with my Joby GorillaPod
GoPole Bobber Floating Hand Grip
- I tried the Wrist Housing in Bora Bora and hated it. I had to hold my arm at awkward angles. I finally just took it off my wrist and hand held it. But I was constantly paranoid that I was going to drop it and owe my friend a new GoPro.


With my limited testing to date, I've found that when the Touch BacPac is on, the GoPro HERO3+ gets pretty damned hot. Like, shockingly hot. Hopefully, it won't be an issue since I don't plan on leaving it on all the time. I just need it enough to see what I'm shooting. (When I used my friend's original GoPro in Bora Bora, it was a complete shot in the dark as to what was being captured.)

Turtles, dolphins, and fish, I'm ready for you! It's a damned shame that we didn't get into the ziplining excursions. *sigh*

Disclosure: The Lumoid link is an invite from my personal account. Sign up and I will receive $5 toward a future rental. Borrow Lenses link gives me nada. But I have rented from them in the past and highly recommend them. GoPro, Best Buy, Joby, and GoPole link are not affiliated. They have no freaking idea who I am.
Posted by Celia at 7:00 AM
Email ThisBlogThis!Share to TwitterShare to FacebookShare to Pinterest
Labels: camera, gopro, photography, travel